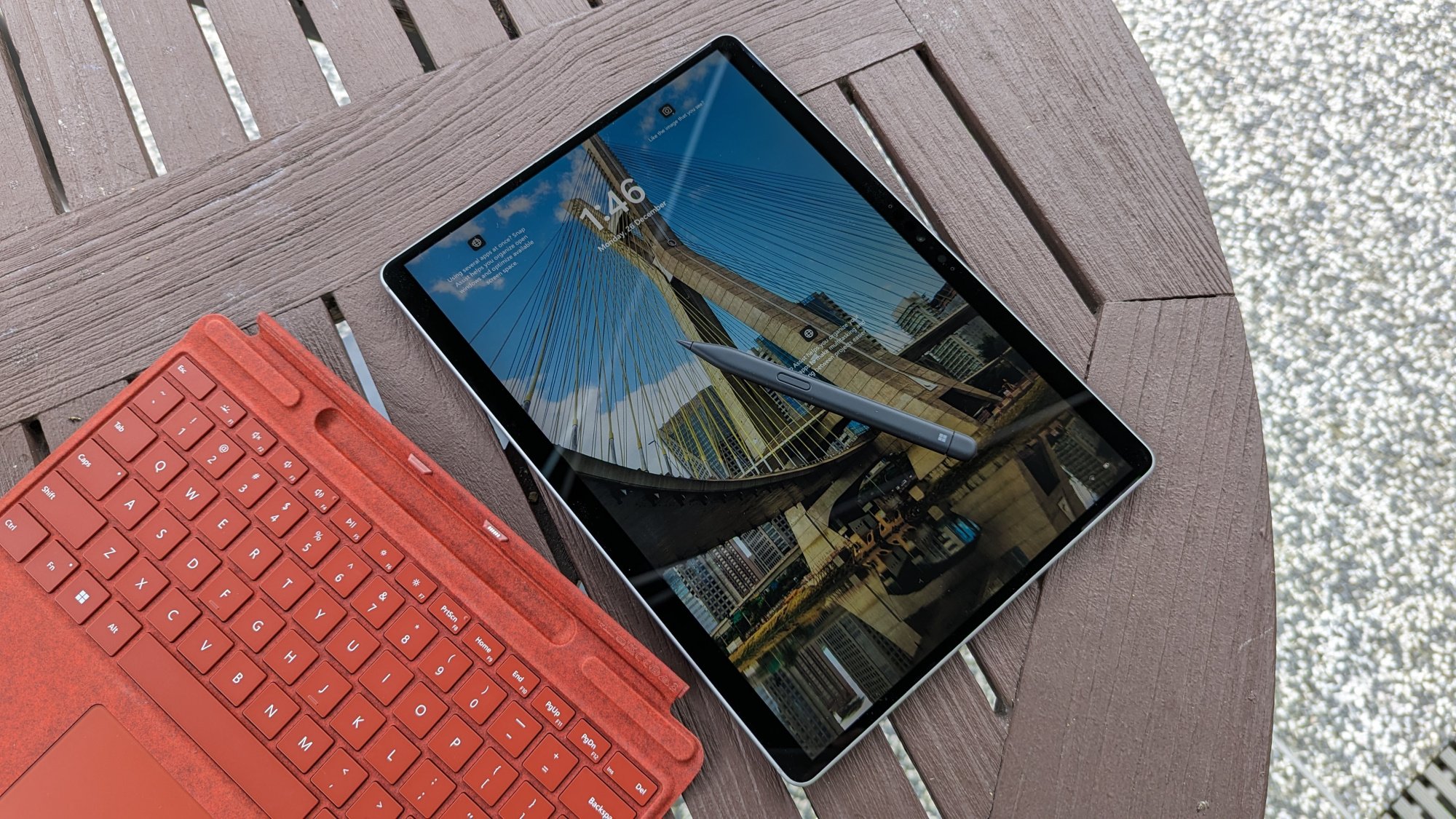 After last year's major redesign of the Surface Pro 8, Microsoft was never going overboard with improvements for the new Pro 9. But it seems that the company isn't quite done with ARM devices. The Microsoft Surface Pro 9 is available in two distinct forms — the familiar Intel-powered version, and the Qualcomm-based model that runs on the ARM architecture used in smartphones.

For those who remember Microsoft's previous attempts at creating ARM devices, such as the Surface RT, and the Surface Pro X, this Surface Pro 9 — powered by a Qualcomm-based SQ3 chip — will seem like a remarkable achievement. Because Windows can now run 64-bit x86 apps on ARM devices via emulation. That means most apps can run on the Surface Pro 9 without any tweaks. But there are exceptions, such as certain games and anti-virus software. Microsoft has an FAQ here. Disappointingly, the Xbox app doesn't let PC Game Pass subscribers install any PC games. While you can play games on the Surface Pro 9 from the cloud via the Xbox app in 28 countries, this Xbox cloud gaming feature isn't available in Singapore.

Our usual PCMark 10 benchmark isn't compatible either. For a rough gauge on where this Surface Pro 9 stands, it scored 3,022 (multicore) in the Cinebench R23 rendering test. In comparison, Cinebench estimates that a mobile Intel processor from last year, such as the Core i7-1165G7 would score 3,769. That means you're losing a significant chunk of performance with the SQ3-powered Surface Pro 9 compared to the Intel version. Now you're probably not buying a Surface Pro tablet for gaming. But I managed to run Civilization VI, and Gris without any issues or lag on the Surface Pro 9. Hades didn't work, though. The Microsoft Edge browser, and Netflix app worked well, too. They aren't blazing fast, but neither did they feel slower than usual. However, the built-in media player did freeze on one occasion during my week-long test.

As for the design and hardware, the Surface Pro 9 is almost identical to last year's Surface Pro 8. The new version is a pinch lighter, though it's still almost 900g. You'll get the same crisp touchscreen (with up to 120Hz refresh rate), and integrated kickstand. Windows Hello facial recognition is available via the 1080p webcam. This webcam is pretty good, and makes me look good, too. The must-have Surface Pro Signature Keyboard accessory (S$288, sold separately) has a charging slot for the Slim Pen 2 (S$208, sold separately). But instead of two Thunderbolt 4 ports, the ones on the SQ3-powered Surface Pro 9 support USB-C 3.2. And of course, the Surface Pro 9 with 5G has a nano-SIM slot for cellular connectivity. I didn't test this feature, but 5G is probably the key selling point for would-be buyers.

The other advantage that the SQ3-powered Surface Pro may have over the Intel variant is power consumption. Battery life is fantastic. It lasted around 15 mins shy of 15 hours. I didn't have an Intel Surface Pro 9 to compare, but based on Microsoft's estimates, the 5G version has about 18% longer battery life. There's currently only has one configuration (S$2,088, 8GB RAM with 128GB SSD) for the Surface Pro 9 with 5G on the Microsoft Store. The Intel models, though, start from S$1,588 for a Core i5 version (Wi-Fi only, of course). Given the weaker performance, and possible software incompatibilities, you have to seriously value 5G connectivity, and battery stamina to pick the SQ3 version over the Intel one. The Intel models are also available on Lazada, and Shopee.