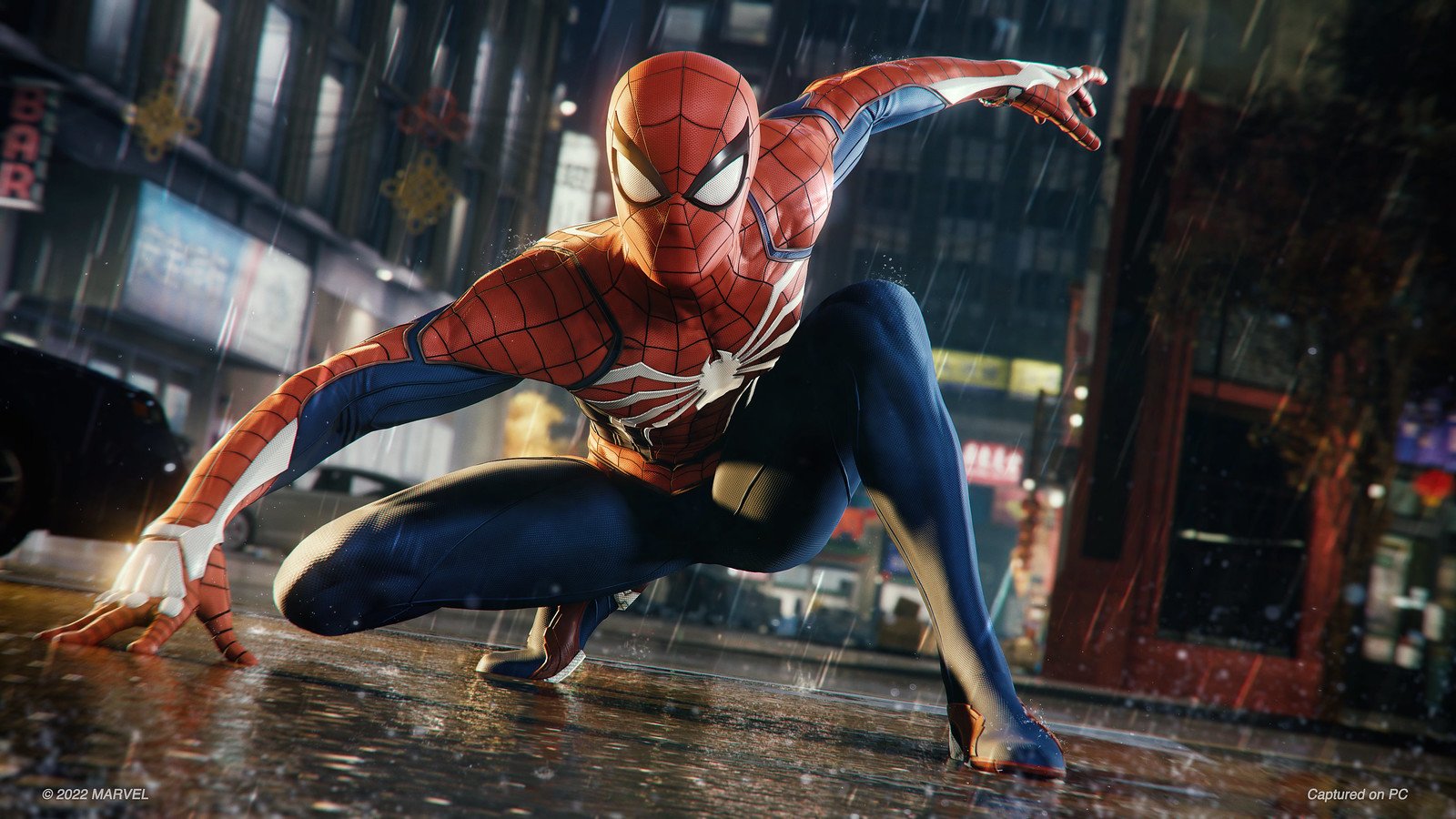 Swinging around in New York City as a spider-themed superhero on your PC is a lot of fun, but doing it on a dual- or triple-screen set up is probably even better. Marvel's Spider-Man Remastered port for the PC lets you do all this, and even supports the PlayStation DualSense controller, as well as Xbox ones, too.

As ports go, this is a pretty flawless one. That's as far as I could tell while swinging through the game. It plays the same, though this time, you can do it with a keyboard and mouse. You can remap keys, and the mouse lets you quickly pan the camera around you faster than with a controller. However, I found playing with a controller the most comfortable. Using DualSense makes for the best experience, as you can feel the tension of your web lines as you swing. My Xbox controller doesn't come with adaptive triggers, so it feels more “hollow” while you swing.

While the PS5 version of Marvel's Spider-Man is built for a specific system, Remastered lets you take advantage of the wide spectrum of PC hardware. If you have top of the line gear, you can easily play at max settings with no issues. The game also supports Nvidia's multi-monitor feature, so you can play the game with up to three screens. You can do it with two, but I don't recommend that. That's because you'll have to play with a huge thick bezel running down the middle of Spider-Man. With my Nvidia GeForce RTX 2060 card, I was able to run Ray Tracing on Very High with DLSS enabled. Frame rates were around 40 to 80fps on Full HD. Turning off RT gives a more stable performance at 100fps or more.

One thing to note is that the game offers three different options for image-upscaling. Besides Nvidia's DLSS, you have AMD's FSR 2.0, and the built-in Insomniac Games' Temporal Injection (IGTI). I only tested DLSS and IGTI, and found DLSS to be much better in terms of visual appearance. With IGTI, Spider-Man looks fuzzy when there are a lot of objects to render. DLSS, however, manages to keep a clean look. If your PC hardware is powerful enough, you probably won't need to use any of these options. But at the very least, you'll be able to get this beautiful-looking game running really well on mid-range hardware. See here for a list of hardware requirements.

Marvel's Spider-Man Remastered retails for S$78.90 on Steam and Epic Games. If you haven't yet picked it up (because you don't own a PS4 or PS5), then you should. It's one of the best games around, and the PC version is probably going to enable some cool mods to make the game even more fun. I'm guessing the Miles Morales port should be coming soon, too.

Get this if you haven't yet played this amazing (wink) game.
Buy it on Steam
Buy it on the Epic Games Store